Why AGM batteries without ESS technology are not suitable for data centres, telecom and railway infrastructures.

High voltage spread, interference of adequate heat dissipation, capacity losses and subsequently lower service life are typical characteristics of many conventional valve-regulated lead-acid AGM batteries in the market. The following aspects show the fatal consequences of these disadvantages for batteries.

Heat generation during the charging process leads to exothermic reactions

During the charging process the flowing charging current warms up the battery. This heat development leads to a recombination of the gases contained in the battery. The result: the mixture of gases and heat cause thermal runaway and damage the AGM battery (see figure 1) 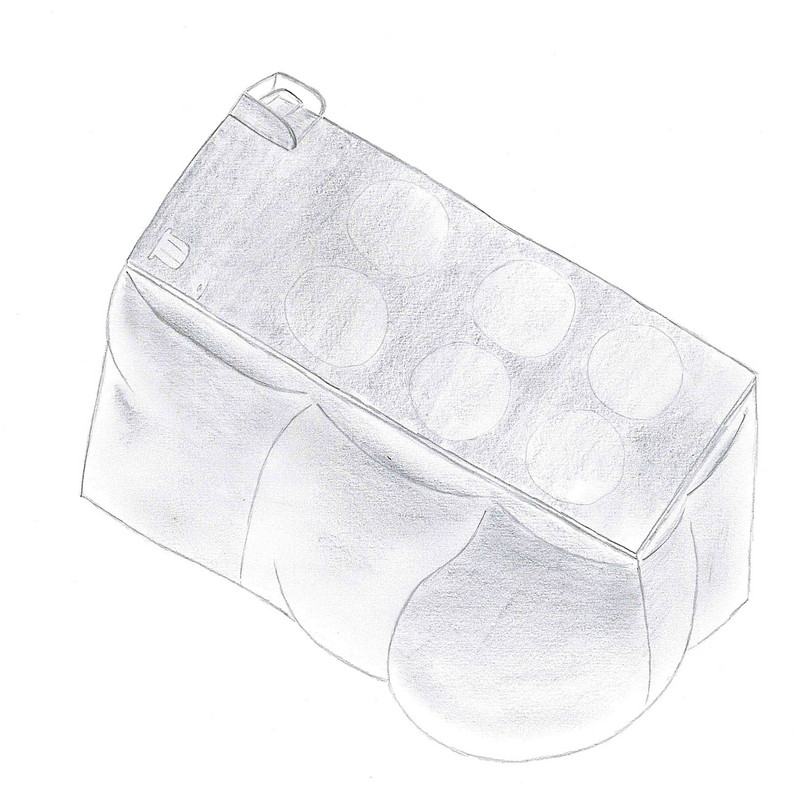 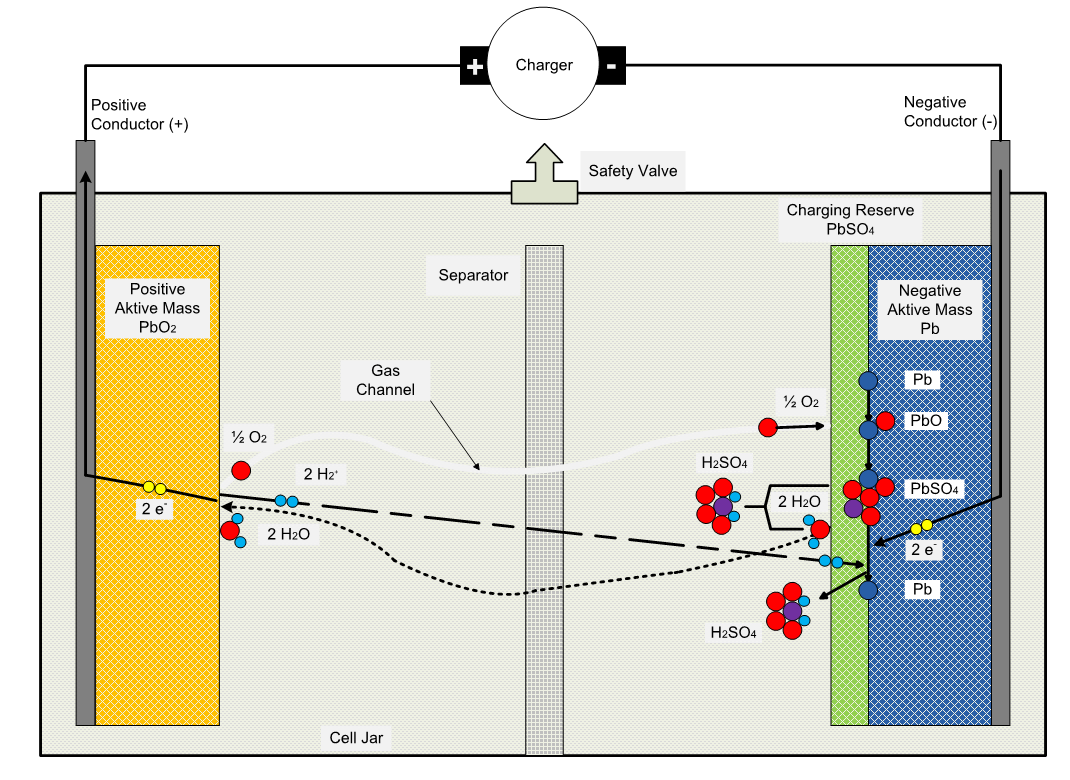 Figure 2: Recombination process within a battery

Strong influence of gravity on the ion concentration in the electrolyte

Since the dissolved ions in the electrolyte are heavier than water due to gravity, the ion concentration at the bottom of the plate is higher than in the upper part of the plate. This also applies to the entire battery block. Figure 3 shows thermal runaway on one plate. 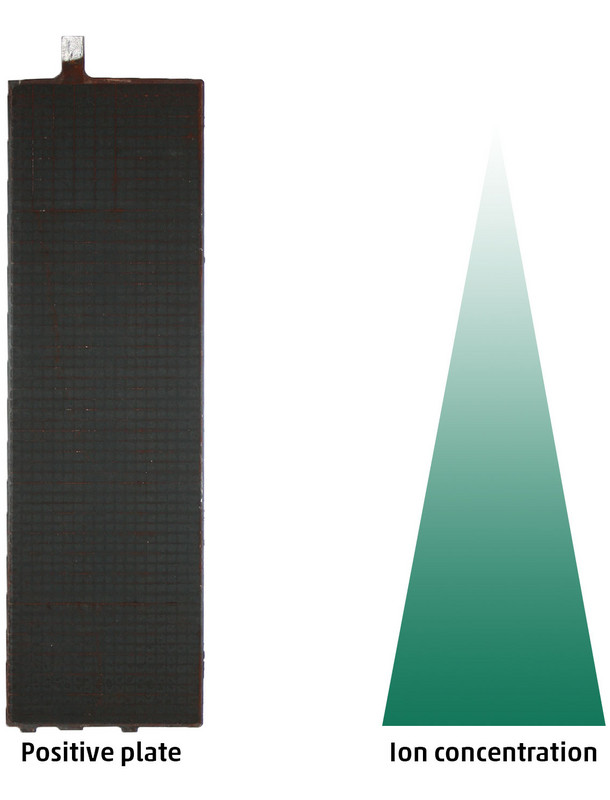 Figure 3: Thermal runaway on one plate

A very high ion concentration has the following two effects:

An absorbent glass mat (AGM) is a woven network of glass fibres in different thicknesses (0.25 – 3 μm). Between the fibres there is a pore system with different diameters to absorb the electrolyte by capillary force. While smaller pores are filled with electrolyte, the larger pores are available for gas transfer, as shown in Figure 4. 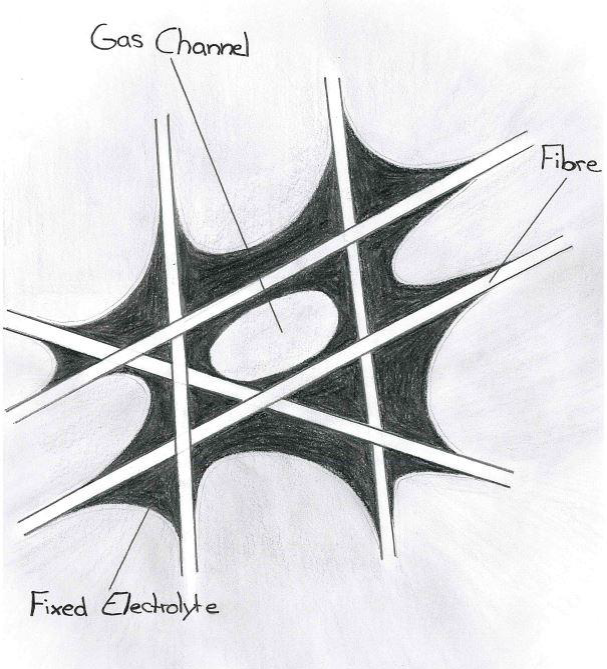 Due to the woven fibre network, the pore system is generally inhomogeneous over the entire glass mat. The result: an uneven distribution of the electrolyte within a battery cell.

The addition of gel additives to the electrolyte eliminates the above described and significant disadvantages of the conventional AGM design. A homogeneous pore system is created, which ensures an even electrolyte distribution in the glass mat over the entire life of the battery. In addition, the thermal conductivity of the battery cell is considerably improved, which also stabilises the average operating temperature and thus has a positive effect on the battery's lifetime. 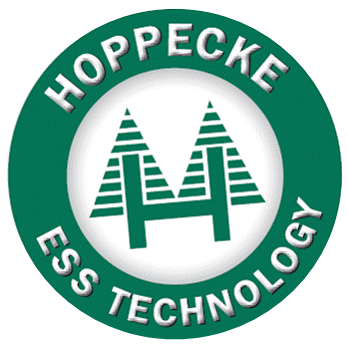 Figure 5 displays the temperature development of an AGM battery with the gel additive during an overcharge at 2.65 V / cell for about 160 hours. It can be clearly seen that the difference between the battery temperature and the ambient temperature settles at a stable level, thus avoiding exothermic reactions. 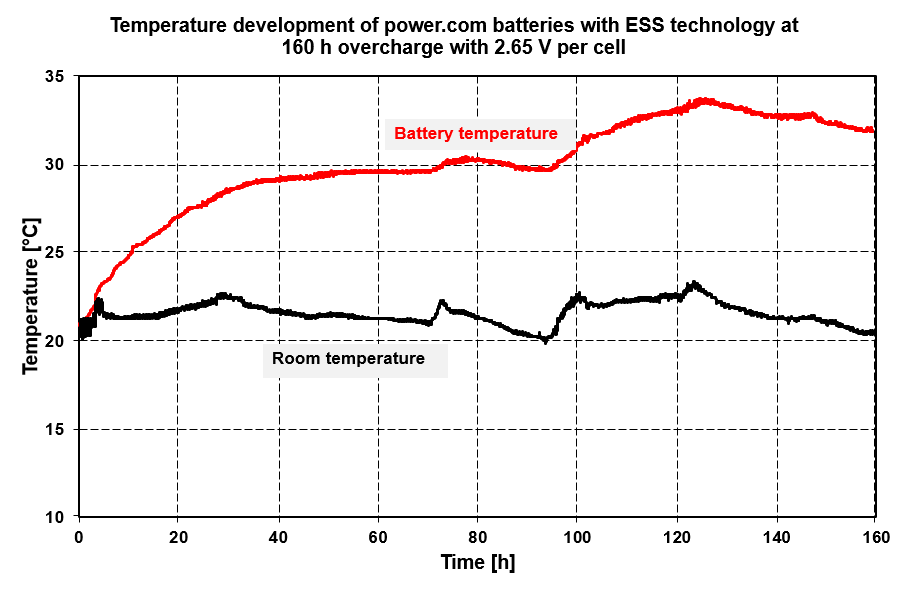 Figure 5: Temperature development during overcharging of an AGM battery with added gel at 2.65 V / cell for 160 hours

HOPPECKE recognised this potential for optimisation for itself and its customers at an early stage, and has been offering all AGM batteries with the advanced Extended Stability Standard (ESS) technology for many years.

The ESS technology of HOPPECKE AGM batteries can be found in the following products, for example: