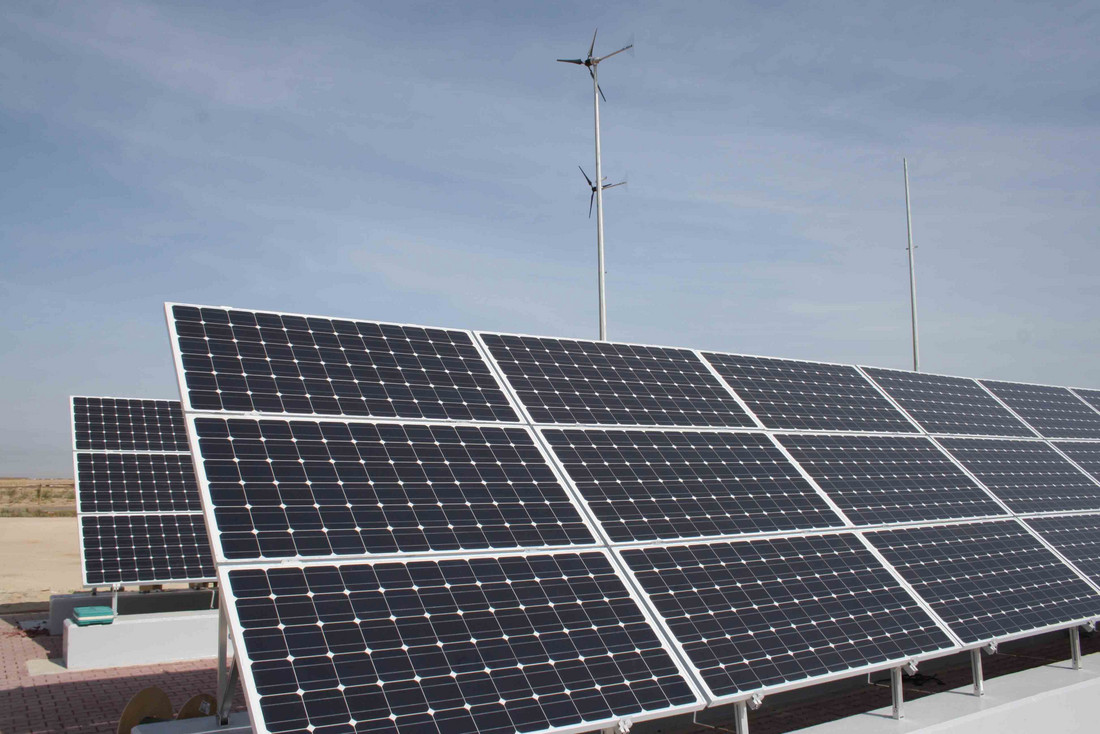 2018 started with a historical moment in Germany. In the early morning of January 1, the amount of regeneratively produced energy was equal to the current electricity consumption. For the first time, Germany was supplied with green electricity on the early New Years day. The other side of this balance sheet: Nuclear and coal-fired power stations continued to run, of course, and far too much electricity was generated. There were negative electricity prices. With large-scale storage facilities such as the hybrid storage system sun | systemizer, energy can be buffered and thus made usable.

Among others, the Süddeutsche Zeitung reports about the very remarkable New Year's Day. They relate to data from the SMARD platform, operated by the German Federal Network Agency. Here you can see that the energy from renewable sources is roughly equivalent to the current electricity consumption in the time from about 3 to 7 o' clock on New Year's Day. However, there are other power consumption statistics that show slightly different values. The Agorameter platform sees the share of green electricity in this period somewhat lower, reports pv magazine. And of course, electricity consumption in Germany was quite low at all in the early morning of January 1,2018.

About one third of electricity produced in Germany is generated from renewable sources. The trend is rising and overcoming the simultaneity of electricity production and usage is one of the most important challenges for our future energy supply. The energy sources wind power and solar energy are not only fluctuating, they are also difficult to predict and not controllable. The German government's energy concept envisages increasing the share of renewable energies in the electricity mix to 50% by 2030. By 2050, as much as 80% of the electricity we generate is to be climate-neutral. The greater the proportion of this green electricity, the more important large scale energy storage systems become. They enable the energy to be stored whenever it is generated and released when it is needed.

The German electricity grid is integrated into the European grid. This is supplied with AC which operates at a frequency of 50 Hz. This level must always be maintained fairly precisely so that the power supply remains stable. In other words, it is always necessary to generate exactly the same amount of electricity as is actually consumed. If the frequency in the mains supply is lower than 49.8 Hz or higher than 50.2 Hz, stabilizing actions are automatically initiated. The so-called primary control takes effect, within 30 seconds energy is added to or withdrawn from the power grid in order to bring the frequency back into the normal range. Here, a hybrid large scale storage system such as the sun | systemizer from HOPPECKE can be used very well. For grid stabilization applications, it is equipped with both lead and lithium batteries. The lithium modules can be used quickly. Lead-acid batteries are used for longer cycles. The current issue of the magazine 50.2 reports on the large hybrid storage unit, which stabilises the electricity grid (German Text).

Energy from renewable sources can not only cover our current electricity consumption without emissions and thus ensure a good climate balance. Also in the field of electromobility, it is possible to be completely climate-neutral on the road. However, it is not enough to use decentralized storage facilities that provide the energy generated from renewable sources. The charging stations must be as efficient as possible, of course, because charging electric cars should be as fast as possible. One major limitation is the network infrastructure. The power supply network forms the bottleneck and is a limiting factor for the charging speed. Expensive upgrades to our electricity grids would be necessary. The better alternative: Powerful energy storage systems directly at the charging station. Large scale storage systems such as the sun | systemizer can efficiently absorb and store the regeneratively generated energy and then make it available in large quantities in a short period of time.