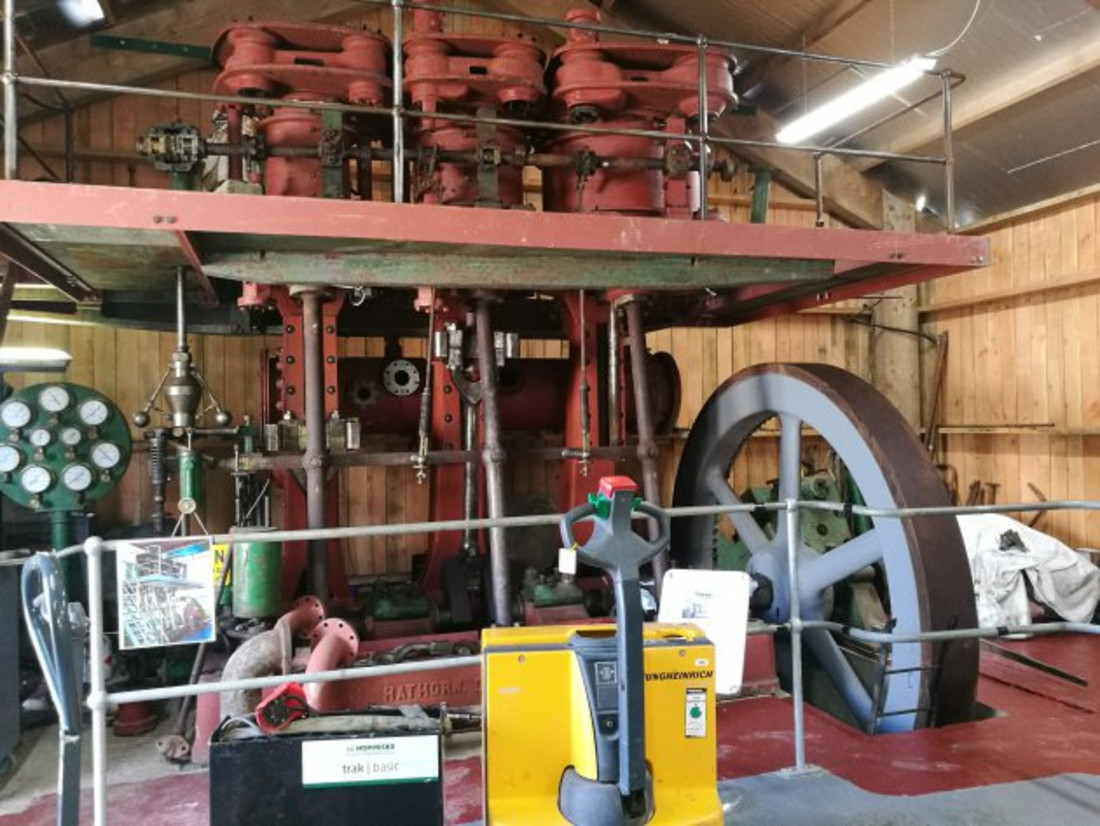 HOPPECKE Industrial Batteries has helped the Internal Fire Museum of Power in Wales to get its Jungheinrich pallet truck up and running after the charity made a heart-felt appeal to the energy management specialist.
The award-winning museum covers the history of steam and internal combustion engines and the photo shows the truck in front of a 1934 Hathorn Davey triple expansion pumping engine. On the truck is a Tangye vertical steam engine from the old Tower Bridge workshops.
The curator of the museum Paul Evans BEM (British Empire Medal) contacted HOPPECKE – the leading specialist in industrial battery systems and the largest battery manufacturer in European ownership – to see if the company could replace a failed battery which was preventing the charity’s only pallet truck from being used.
HOPPECKE offered to refurbish the battery free-of-charge to support the museum and the battery was transported (also for free) between HOPPECKE’s UK headquarters in Newcastle-under-Lyme and the museum in Ceredigion (Cardigan) by Stan Robinson, one of the largest family owned logistics companies in the UK.
Paul says that since HOPPECKE gave the battery new life it now “works a treat”. Adding that he is “really pleased” with the outcome, Paul goes on: “I contacted HOPPECKE to say that we had a Jungheinrich pallet truck that we had acquired but its 24V battery pack was beyond help and we could not afford to go out and buy a new pack because, like most charities, we struggle for cash.”
Paul ended his request to HOPPECKE with: “Apologies for asking but if you don’t ask you don’t get!!”
Stuart Browne, Service Director at HOPPECKE, comments: “This was an unusual request but we really felt for Paul and for the museum which, after all, honours energy and power for the benefit of the wider public, so how could we refuse? It was great of Stan Robinson to provide the transport needed and we are absolutely delighted that between us we have given the Internal Fire Museum of Power a working pallet truck. We wish Paul and his colleagues all the best and feel honoured to have done our bit to support a very worthy cause.”