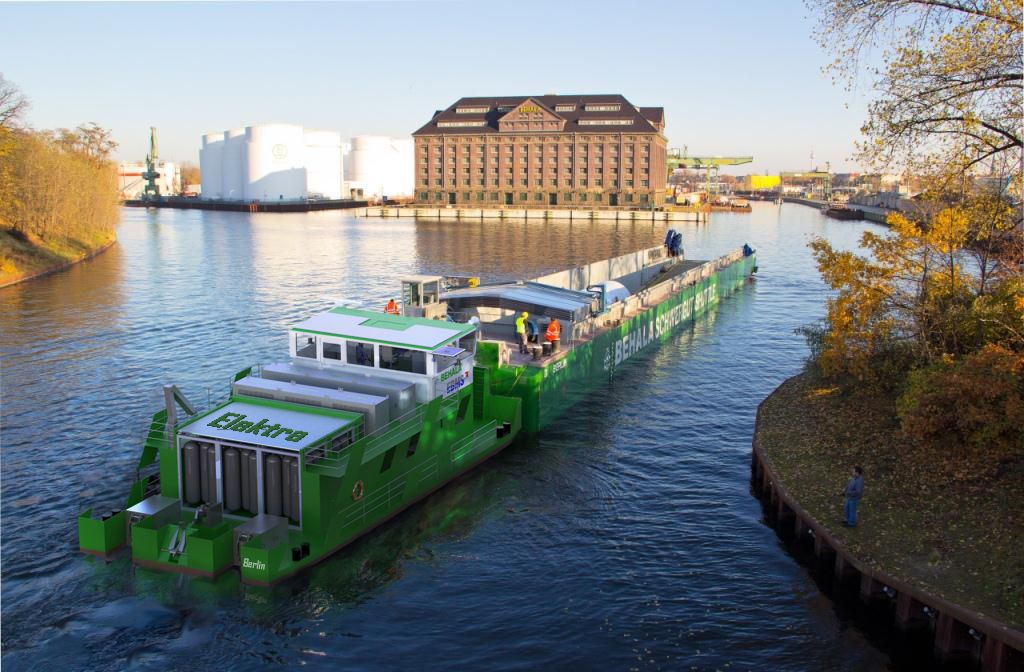 Electro-mobility is the focus. An energy-efficient, climate-friendly and environmentally compatible drive is becoming increasingly important not only on the roads but also on the waterways. Thus, electrification in inland waterways can contribute to a considerable reduction in emissions. One push for electro-mobility is that current drive systems do not meet future environmental requirements. For the first time, an all-electric and hybrid drive concept consisting of fuel cells and accumulators will be promoted for inland waterway transport.

HOPPECKE is partner in the research project Elektra

"Elektra" is the name of the research project. The electrically-hybrid powered push boat named Elektra is developed by the Technical University of Berlin in cooperation with the Berliner Hafen- und Lagerhausgesellschaft mbH. The dynamic interaction of the energy sources, the fuel cell should increase the range of the electric battery, is investigated and optimized with regard to the maximum range of the inboard channel pusher.

The push boat can move a maximum thrust load of 1,400 t. In regional operation, i.e. primarily battery-electric drive, at least 65 km can be covered at speeds of up to 10 km/h. For national routes, such as Berlin-Hamburg, a range of 130 km with a hybrid electric drive and an operating time of 16 hours is planned.

The energy-efficient tugboat is based in Berlin's Westhafen. The reasons for the project are to support the model of electric mobility for Germany - also on the water.

HOPPECKE is involved in the marine sector for several years. Another project is the climate-neutral seminar ship, which is equipped with a hybrid drive consisting of batteries and a biofuel engine. The propulsion batteries as well as those for on-board electrics and emergency power supply are supplied by HOPPECKE.