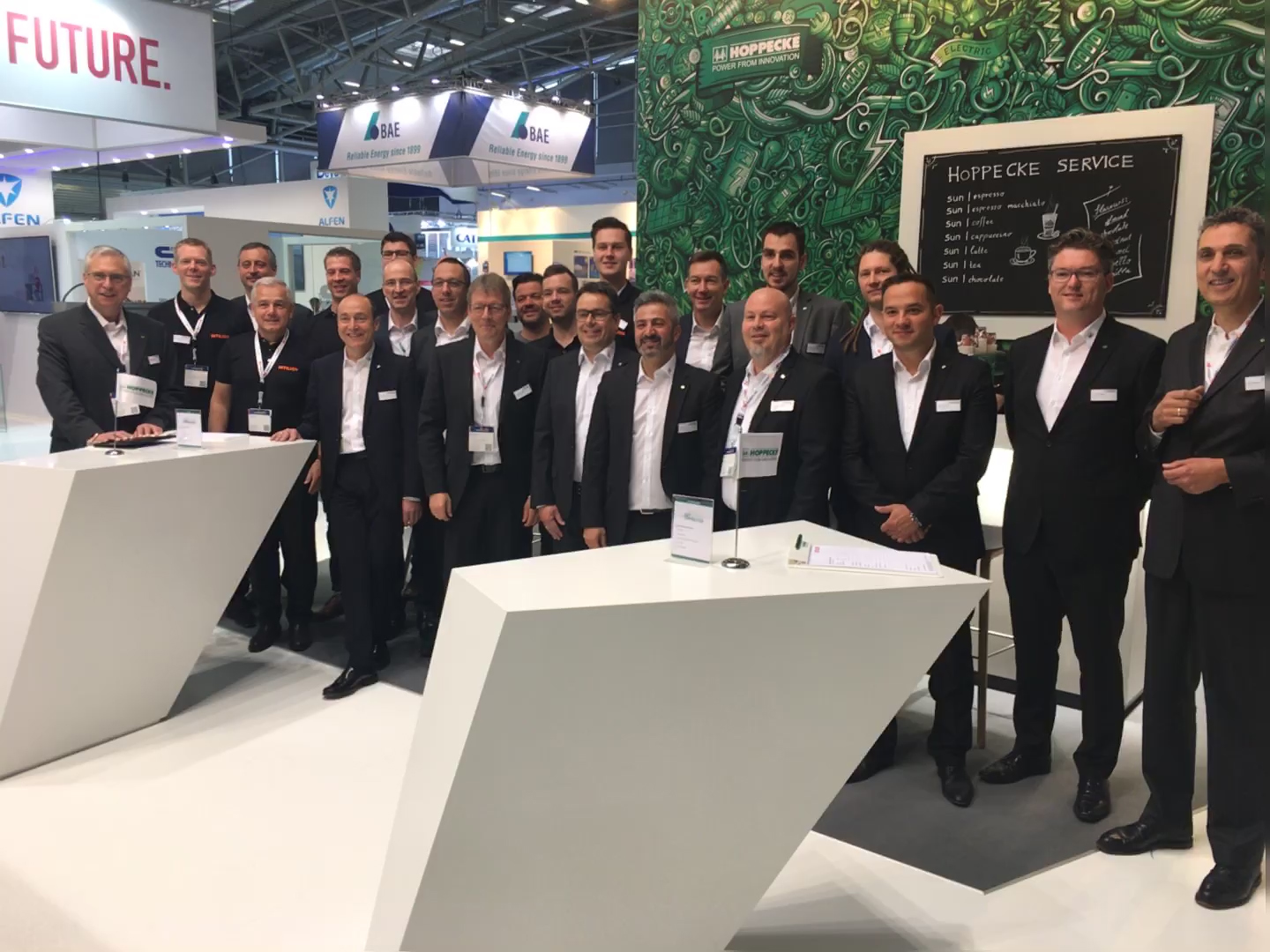 On Friday, 17 May 2019, everyone could see positive faces without exception when ees Europe closed its doors in Munich after three exciting days. It was not only the new record number of customer talks and contacts that put a smile on the face of stand manager Danilo Zithier, but above all the great atmosphere among all participants. "At ees Europe, we appeared together with two companies for the first time. That was also very exciting for us and we didn't know how it would be received by our customers and partners," reports Danilo Zithier. Because HOPPECKE Batterien GmbH & Co KG, which is primarily active in the lead-acid battery sector, has been joined by INTILION GmbH, a new and agile company that is working in the increasingly important field of lithium-ion batteries and offering suitable solutions. "This step was taken in order to guarantee the best possible customer approach for customers in the different areas, as the requirements here are very different in some cases". And so the HOPPECKE Group, to which both companies belong, has chosen the right path. The companies are perceived in the target groups that are important to them, as shown by the fact that 30% more visitors found their way to the trade fair stand than in the previous year. It is striking that many customers are already asking for concrete applications and solutions for concrete projects, which we can serve very well with our products such as the INTILION scalebloc and scalecube," said stand manager Danilo Zithier, who was also enthusiastic about the high quality of the contacts and discussions. "The feedback from the customers was enormous. Especially our high innovative strength and the requested solution orientation were very well received". And also within the team, which consisted of colleagues from both companies, the atmosphere was great. And Danilo Zithier also knows why: "We are separated in the organizations, but we still have a common goal. Namely, to make energy available to everyone everywhere with our energy storage solutions. We live for this goal, whether we sell lead-acid batteries or lithium-ion batteries." Now it is time to further strengthen the new and already existing good business relationships with key accounts, distributors and all other customer groups and to take advantage of the well laid foundations of the trade fair. "All colleagues are highly motivated and are working on preparing the trade fair well. We are excited about the projects and orders that are in the room and look forward to working with them," says Zithier. Next year, HOPPECKE Batterien GmbH & Co KG and INTILION GmbH will again be represented with a stand at ees Europe. HOPPECKE and INTILION - Get connected