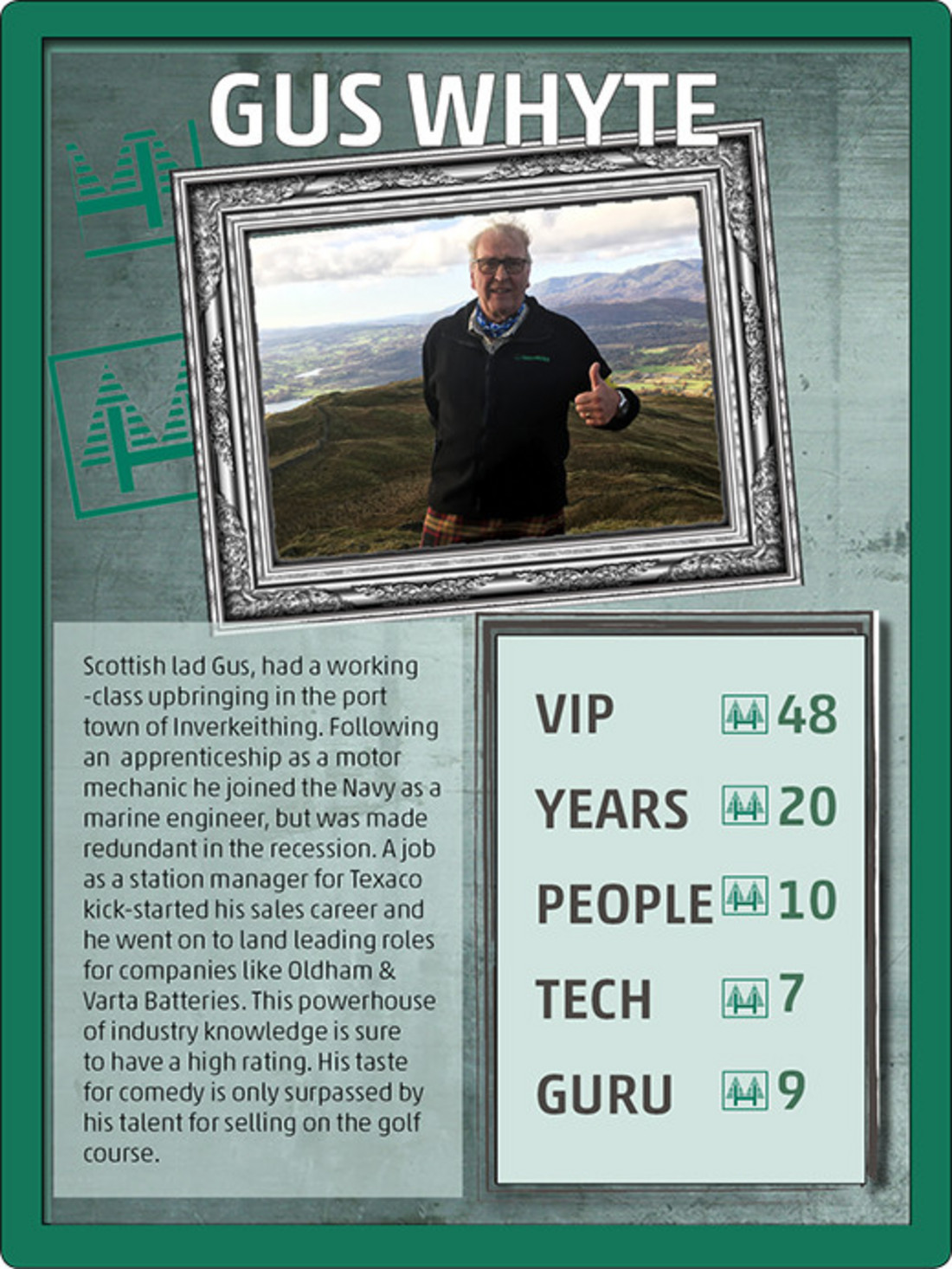 How long have you worked at Hoppecke?

I have been at Hoppecke for 20 years in May and have been in the industry for 42 years believe it or not! I have always worked in customer facing roles.

What attracted you to this industry?

It’s a long story and sort of happened by accident. I was brought up in Inverkeithing, a town in Fife, Scotland neighbouring Rosyth on the Firth of Forth.  Rosyth was the home of the large naval dockyard, and for me growing up, this provided an exciting window onto the world as ships and people from all over the globe would visit us during NATO exercises. Most of the lads I went to school with went to work in the naval dockyard or joined the Royal Navy. The ones that joined the navy came back with lots of exciting stories about their travels. I did an apprenticeship in motor mechanics at a garage very near to the dockyard and then joined the Merchant Navy as soon as I could after that, inspired by the taste of freedom and adventure. However, this was in the middle of the 70s and after a few years of travel and adventure the oil recession hit our industry and I was made redundant from my role as a sea going marine engineer in the Merchant Navy. I then went to work as a station manager for Texaco. Here I came across sales reps, visiting me in nice Ford Sierra cars, wearing suits and selling things and I felt the same sense of freedom and adventure could be achievable as I listened to them. I thought ‘I can do that!’. My company sent me on a course on how to sell batteries and I got 98% and won a bottle of champagne and my ambition was sealed! Soon after I saw a job as a sales engineer for Oldham Batteries and applied for it and haven’t looked back since – though little did I know then how much different industrial batteries were to car batteries!

How did your upbringing influence your life choices?

I started learning about people from as early as I can remember. I was the youngest of three, in a working-class family and hated school. I remember I had two friends and we would go around together having all sorts of adventures, including getting expelled from school. I suppose I was the leader, they kind of looked up to me and followed my lead. I suppose from those early life experiences I realise that I like people and I liked to have influence.

My father was an ambulance driver, a paramedic in those days. His was a caring, people-focused profession and with that and his strong work ethic (he would be on call at all hours), he influenced me considerably.

Who has been a big influence on you in your career?

In my early career a boss at Oldham Batteries called Mike Butters stands out; he knew how to use a kind of common-sense psychology to understand and influence people. I watched and listened to him closely and learnt a lot from him.

If you had the chance to go on the road trip of a lifetime, and could only bring four people with you (living/dead, real/fictional), who would they be and where would you be going?

Japan because I am drawn to that culture, and despite having travelled much of the world, have never been there. Who would I take? Spike Milligan for sure. What a brilliant sense of humour. He was brilliant but unbalanced and off the wall. A very interesting travel companion for sure. Nelson Mandela because he was the classic rebel made good. And Gordon Strachan the Scottish footballer and coach with inspirational qualities. So now I have someone from sport with fabulous motivational qualities, someone with intelligence and dedicated direction and someone a little dangerous with great comedic qualities. Who else? It would have to be good old Mike Butters I think! A real straight talker. That would make for an excellent trip!

What single quality do you think has contributed to your success?

Wow, it is hard to say. There is the work ethic and I think I have a good sense of humour that can get me a lot of wins and out of scrapes. But I guess it was people say to me, “I like you because you live in the real world”. What do they mean by that? I’m not totally sure. Perhaps they see me as down to earth or like my sense of humour. But essentially, they feel they can trust me and that they know I will do as I say and deliver on my promises to them. They see me as the ‘go to’ person, who will go over and above to help them, consistently and reliably. That is important when we consider that selling is all about relationship and trust.

What secret ambitions/talents do you have?

Anyone who knows me knows I enjoy a bit of showmanship and enjoy a bit of after dinner speaking. I suppose am a bit of an actor at heart. Though I have never done any acting – I just don’t have time – but I have thought about trying amateur dramatics. I think I would be good at it. It would have to be comedy though!

What keeps you getting up and doing this every morning?

I enjoy people, I like meeting them I like building relationships with them. I just like people. I get a kick out of having some influence on others or having them ask me for my opinion. I also enjoy the freedom that you get from travelling around and being a little bit of my own boss (yes it is a bit of a luxury at my age!). And this is a good industry for people, there is a lot of camaraderie.

What do you do to relax or have fun?

I’m still quite busy and have my lovely family to occupy my time these days – including four grandchildren. But I do love to meet new people and existing friends while playing golf. I also love a bit of walking – usually for charity (and in my kilt!!)

What advice do you have for others, maybe younger people, in this industry?

Learn golf! It’s good for business. If you are perceptive and watch people you will really see what type of person they are on the golf course. When they lose their temper (a common thing in the game of golf!) you find out about them – are they the type who accept mistakes or defeat or do they lose it?