LogiMAT 2019 - three days of customer contacts at the highest level 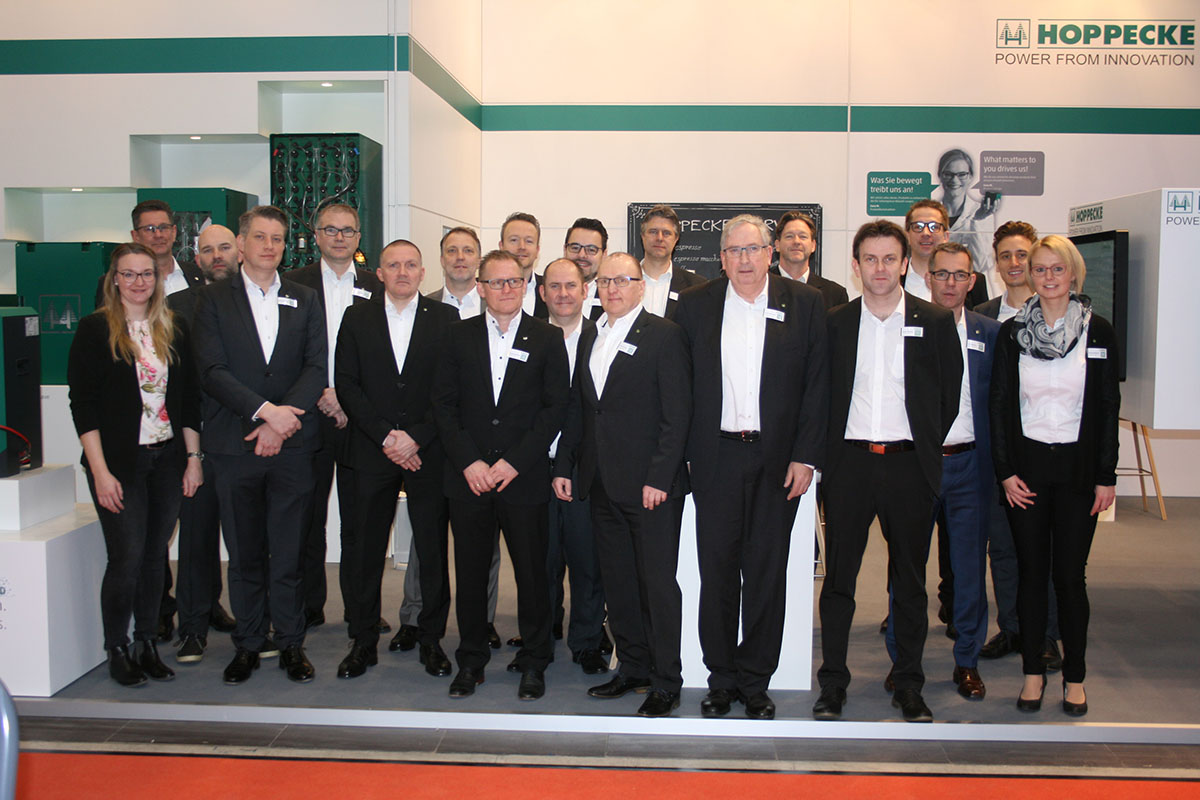 HOPPECKE and its trak sales team were represented at LogiMAT in Stuttgart from 19 to 21 February. It was already clear in advance that LogiMAT 2019 would set new standards. The Stuttgart Trade Fair Centre with its ten exhibition halls was fully booked right down to the last corner.

1,624 international companies from 42 countries exhibited in Stuttgart, 250 of them for the first time. During the three days of the fair, 11.5 % more visitors than in 2018 found their way to Stuttgart. Expressed in figures, this was 61,740 trade visitors, almost half of whom came to LogiMAT with concrete investment intentions.

This growth in LogiMAT was already noticeable at HOPPECKE on the first day of the fair. Experience has shown that visitors flocked to the HOPPECKE stand on an even weaker Tuesday to find out more about the products on display. The discussions naturally focused on the products of the new trak │ uplift campaign, but the HOPPECKE trak │ charger HF premium, the trak │ systemizer powercube and the trak │ serviceline were also very well received.

The highlight of LogiMAT 2019 for HOPPECKE was on Wednesday, when the stand attracted so many visitors that even the aisles around the stand were occupied.

"We are absolutely thrilled. We already had more visitors on Wednesday than during the entire trade fair in 2018, in total it was a high three-digit number of contacts in three days. And the quality of the discussions was also very good," said stand manager Tim Christian Kappe, more than satisfied with HOPPECKE's appearance at LogiMAT.

The specialist presentation by Dr. Carsten Jähne was another highlight with which HOPPECKE was able to present itself perfectly at LogiMAT. In spite of the late hour on the third day of the fair, a few more visitors found their way to Forum E and informed themselves about new developments in traction applications.

With a high three-digit number of contacts in three days, the expectations of stand manager Tim Christian Kappe and his team were more than fulfilled. Because that means a doubling of contacts within two years. "This speaks for our work, but also for the fact that LogiMAT is the right leading trade fair for us. Next year we will be there again, the registration is already on the way", Tim Christian Kappe is still impressed after the fair. And then, of course, there will be a new visitor record at the HOPPECKE stand in 2020. We are already looking forward to it!