The electrolyte circulation system sun | air pumps filtered ambient air via a hose system into the lower area of the battery cell. The air bubbles released there rise in the electrolyte and thus lead to an even distribution of the electrolyte density in each cell.

The necessity of this process is particularly evident in applications for the storage of renewable energies. There, the cyclical charging and discharging of liquid lead acid batteries creates an electrolyte stratification, which can only be compensated unreliably and with disadvantages during operation without a circulation system. Among other things, stratification causes uneven loading and faster ageing of the battery.

Due to the functional principle of the sun | air, the electrolyte stratification can be reliably cancelled, so that the battery service life is increased. In addition, the operating costs can be significantly reduced compared to conventional batteries. 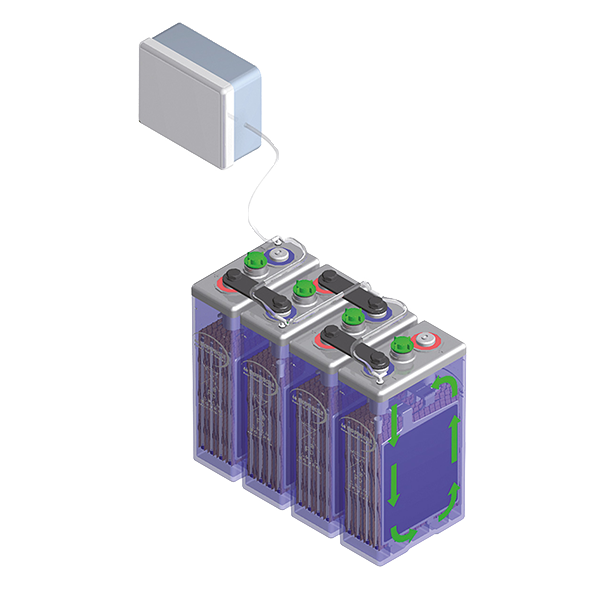